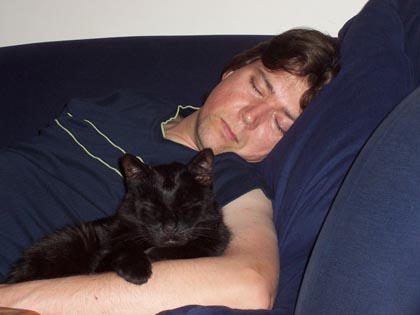 Liam loves cats. During the sound edit on Samson & Delilah, one of his went missing, which caused major problems in his household for a few days, but the drama ended happily. He has worked with Kath and Warwick on lots of films including the Bit of Black Business series (including Nana), Green Bush, Plains Empty and many more. The sound post was completed at Philmsound because they have a great selection of chocolates, not to mention that Phil’s a nice guy. Robert Sullivan was the ace mixer once again.