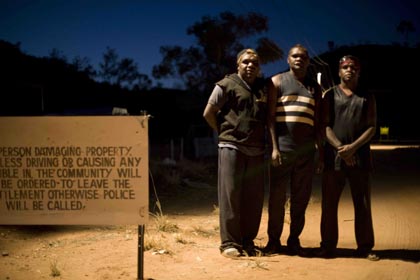 The three band members are part of a real band called The Desert Mulga Band. All three-band members grew up as aborigines in Australia. Matthew Gibson, Steven Brown and Gregwyn Gibson, who were featured in the film, have been travelling to Australia and back doing tours and promotions. They are usually joined by singer Shannon Gallagher. Steven and Gregwyn forgot about continuity and decided to cut their hair after the first week of filming, which caused Carol the makeup artist much grief and amusement, but nothing that a beanie couldn’t fix.